NEW RULE. I've been really bad about note-taking, and I'm also woefully behind in my blog-posting. Which means that I'm sort of cheating a little bit: From now on, the order in which I post things isn't necessarily the order in which I did them, and I will no longer bother posting the date. There also may be a day or two here and there in which I neglect to do a routine-breaker, but I will still keep going until I hit 365 days.

I was inspired to totally rearrange and clean-up our solarium/throw everything-we-don't-know-where-else-to-put-it room because I bought three matching shelving units at a thrift store. 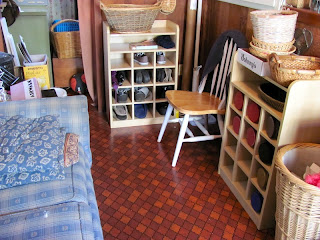 The third unit is to the right of the camera. These were a great deal at 10-bucks each.

My snake is even more neglected than my blog. Technically, it's not my snake, I'm just "watching" it for an indefinite period that will probably be forever. The cage has been getting a bit whiffy, so I cleaned it and brought the snake out for some quality time. I don't think he's been out for about 6 months now. Does he even care? Who knows? Snakes don't have a wide range of facial expressions nor do they wag their tails. 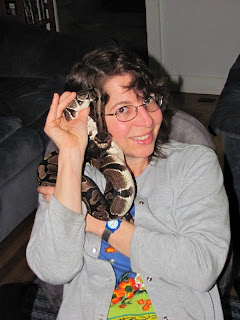 I'm not big on ceremonies, but I decided to put in an appearance at the dedication ceremony of the YMCA's new solar paneled parking lot. Shade for the cars plus free electricity for the Y. The mayor was there and everything.

I did my first closing shift at the Y. Since I'm usually asleep by 8pm, I was not thrilled to be kicking people out of the facility at that time. After a couple of warnings, I actually paced up and down in front of a woman while she was still getting dressed in the locker room. I hope I made her so uncomfortable that she gets out earlier in the future.

I FINALLY broke my chemical-brew Coffeemate habit! My new creamer of choice is a pint of half-and-half, a tablespoon of vanilla extract, and some packets of Splenda. Yeah, I know the Splenda makes it not perfect, but it's certainly an improvement. 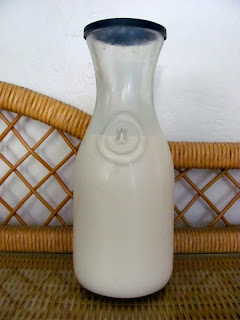 After many urgings from my husband, I took the back-road/short-cut instead of my usual freeway route when I made a trip to Rohnert Park. Not bad. More scenic and less traffic, but it still takes a bit longer.
Posted by dragonmamma at 12:29 PM 2 comments: